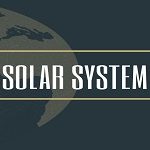 Solar System Important Facts: Sun account for 99.85% of mass of the solar system. It continuously gives us energy in the form of Visible light, infra-red, ultra-violet, x-rays etc. The period of revolution of sun around the galactic centre is 250 million years and is called as cosmotic year or galactic year. Like all other stars sun
Read More

Buddhism Important Facts: Philosophy – Pratityasamutpada (reason behind everything). Buddhism has its foundation on three pillars– Gouthama Buddha- Founder. Dhamma- Principle. Sangha- Order of Buddhist monks and nuns. Siddhartha or the Gautama, also “Tathagata” and “Sakyamuni” was born in 563 B.C. in Lumbini (nepal), near Kapilavastu, the capital of Sakyan Republic, to Suddhodana and Mahamaya (the princess
Read More