Jainism Important Facts: The name of two Jain Tirthankaras (prophets or gurus), Rishabha & Arishtanemi, are found in the Rigveda. The Vishnu Purana & the Bhagavat Purana describe Rishabha as incarnation of Narayana. There were 24 tirthankaras, all kshatriyas & belonging to the Royal family. The first was Rishabha, the founder of Jainism & the
Read More 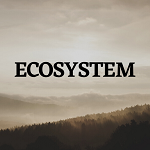 Ecosystem: The term Ecology was coined  by Earnst Haeckel in 1866. Ecology deals with the study of organisms in their natural home interacting with their surroundings. The surroundings or environment consists of  other living organisms (biotic) & physical (abiotic) components. Ecosystem is a self-sustained & self-regulated segment of nature that consists of a biotic community
Read More

Aligarh Movement: Sir Sayyid Ahmad Khan was instrumental in fostering differences between the Hindus & the Muslims. In the initial years he was a staunch nationalist who regarded the two communities as “the two eyes of the beautiful bride that is India”. The suppression of the Muslims following the Revolt of 1857 convinced Sir Sayyid
Read More